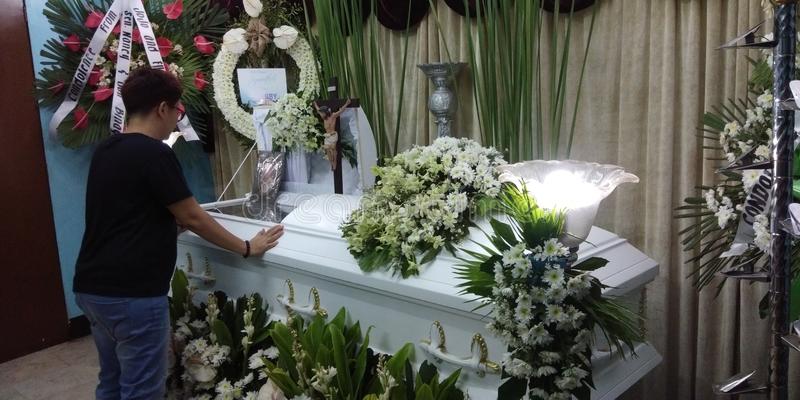 I attend at least one wake a week,
tell them I’m related, but not to them..
I schmooze like a Christmas-letter-
cousin, fill in every moment of my life.
Keeps their minds on the living. I tell them
how the deceased was a good and loving person,
truly at home in a mansion reserved by the Almighty.
I always wear a suit, clean shirt and new tie. I even
clean and polish my nails. I want to be prepared.
I carry a living will, an obituary poem and a twenty
dollar bill for the local newspaper. Of course
I don’t tell the grieving these facts. I tell them
how the departed once loaned me the money
and never expected it back. I give them a twenty
to cover some flowers. I tell them to eat celery
and develop negative calories. That’s good for a two
minute diversion. I tell them the deceased was a hazard
to navigation, never wore running lights at night.
This confuses the issue for at least five minutes. Relatives
begin to circle, press for details, ask which
side of the family I represent. I tell them at weddings
I’m not a friend of either bride or groom.
I stand in the middle of the aisle so not to offend.
I add jocularity, tell them my father always remarked
that weddings and funerals were the same event–
only the words were intoned with different intonations.
A chunky family member always moves in close
like he’s going to bump bodies. I move him away
by noting how Mary Kowolski, at rest across the hall,
has hair to match the blue satin lining. She’s lovely,
bless her soul. One-hundred eight years old.
What a beautiful lady. Should see her. I’ll mosey
over since I’m in the vicinity…. Don’t you think
I fit right in? I’m the poet, writing furiously ahead
of the undertaker. I always leave a poem taped
to the underside of the coffin. Food for a long journey.

No female arsonists in America.
Here, the fires are all man made.
I caught these words across the bar
where I’m jealous of a man who can jibe
and swig triple shots without a chaser.
I’m envious of all the entities,
hanging out amid the known and unknown.
I’m especially jealous of fruit.
Wouldn’t it be wonderful to be dead ripe.
I’m also envious of those who can
light out for the tall uncut. For example:

I survived the 1906 San Francisco earthquake.
I mean, my father was not victimized. Untypically,
he was in Washington D.C. at the time.
Such wonders follow my family as they do yours.
I council restraint during these difficult times–
a latter-day evangelist of fun with a soupçon of caution:
the air just doesn’t want to stay there,
and the stars come out at night like your teeth.

You are among friends, but they aren’t yours.
The car is leased and the chain saw is on loan.
Your wife is mortgaged to her lover.
That fleece coat the mongrel wears when you take
a walk at thirty below? Who knitted it?
Why do you think of that now as the
pink-nailed pooch leaves a steaming cookie
on the neighbor’s lawn who has it in for you?
How come since last month you’ve been
receiving threatening calls from some pervert
too clever to be intercepted by caller ID?

The sporadic mileage on your Lexus– where does
wife go Wednesday afternoons? And daughter’s abortion
billed to your Visa card. How does that make you feel?
Spinning out of control? That’s a cliché.
Choose another hackney. So real, you can taste it
as you beg for another. You can’t stop yourself,
even though there’s green mold around the edge.
Wash down your Viagra with another cliché
and hope to get lucky. You wonder if someone
with no identity can have a crisis, as you eat
your last orange roughly, slouch in your Barcalounger
toward Bethlehem, Pennsylvania to be decomposed.

(The last line is not a parody on Yeats, whose last line of
The Second Coming states, “Slouching toward Bethlehem
to be reborn.” Yeats meant he felt something terrible is
happening to civilization and some “rough beast” is
heading to create a holocaust. The man in the poem
above is being satirized as a lost post-modernist.) 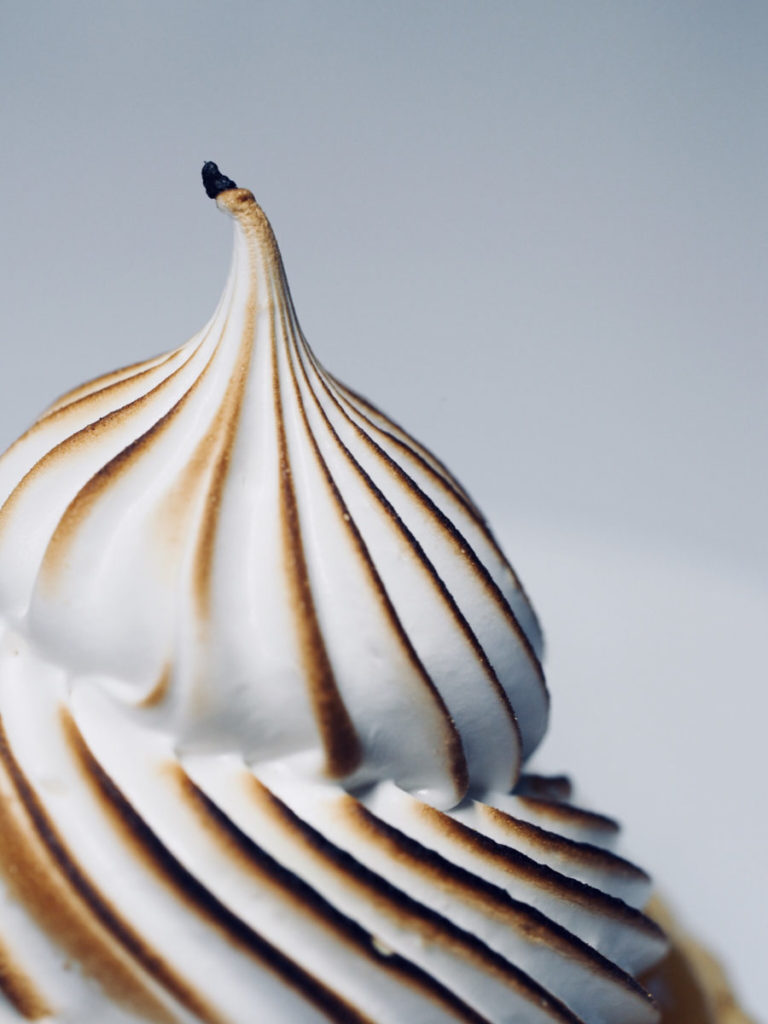 I’ll take a smidgen, thank you.
Carve my slice out of the sky, munched
down like gossamer. I know the universe
like the back of your thigh. Call me your
eyes in the back of the head. Someone has
to keep tabs on where you’ve been. You, a bright
young thing on the veranda, asking for seconds, but
like the anti-hero in Life and Death, I disclaimed
ever giving her firsts. I could have plead-the-belly,
but I wasn’t gender-specific enough. I let it drop
like a leaden balloon on someone else’s pregnancy.

You should have noticed by now that the guillotine
is always a step ahead of you. Between the two of us,
I hope we can keep it that way. And in case the
pie-in-the-sky with its meringue consistency
has diverted your attention from any possible theme,
I will be quick to rejoinder that when it comes to
movies, I think Woody Allen is on to something.
His self-doubts are ours, the ones we laugh away.
And frame-by-frame we reel and cast the fly
when it is ourselves we should be casting, in a role.
We play only the fool and call it existential. I think
the French should take Woody to their bosoms
the way they canonized Jerry Lewis. There’s a guy
who would have something to say about guillotines
and leaden balloons, but I’m not helpful today.

You see, we are expendable from the get-go,
born tabla rasas with expiration dates, walking
formaldehyde containers. My arm-pits smell like
skunk cabbage. Sinus drainage is industrial strength.
Farts that only a decade ago were cute, a string
of pearls, now smell like something crawled inside
and died. You know that gooey stuff you root out
of your big toe after a shower– smells like Limburger?
Mine is worse than the something that died inside.
Every way you turn there is a pimple to pop,
a party balloon to die, begonias in need of water,
a pooping baby making angel wings in excrement.

Every way you turn, a click of the clock in slo-mo
imitation of a wind-up set of dentures, masticating
to the grave. But there is a positive spin to all this
torpid, stealthy, clandestine, cosmic-controlled crud.
For years I’ve been holding Father Time’s scythe
over my head, and the arm muscles begin to sag.
The good news is that a svelte central casting extra
catapults a pie in my face on the half and on the hour.
The moral? Sustenance arrives from the strangest sources.
When it comes to lemon meringue, I’ve a short attention.
In fact, I don’t really have time to talk with you today.
Guess what? Tomorrow isn’t looking too good, either. 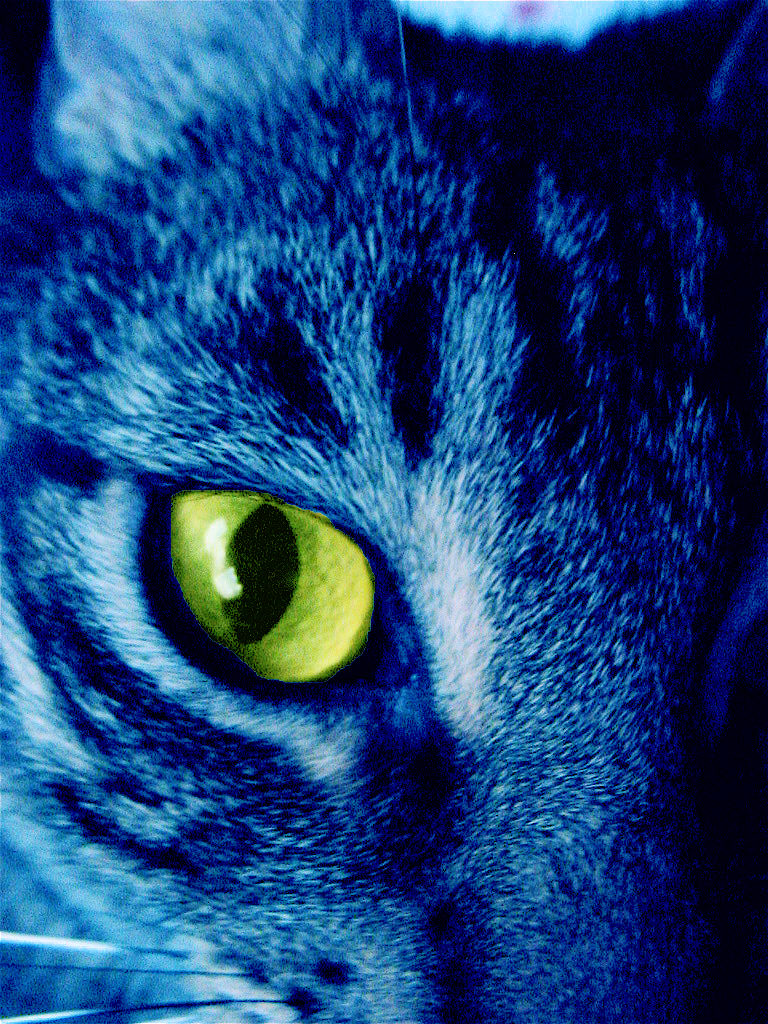 ATTITUDE IN BLUE
-for Carlene

Last week I
painted the cat blue.
Now we sit up until dawn
discussing Kierkegaard.
Strange, because my cat
formerly hated philosophy.
I have noted the level
of my Glenlivet bottle dip,
in spite of my not imbibing.
He has taken to lingering late
over strawberry bubble baths,
has begun painting his nails
summer gold, and wears Lagerfeld.

He sports black satin shorts,
and bought a Taylor Swift poster.
Last night he borrowed the keys
to my red Porsche 356. I suspect
a case of latent bipolar disorder
because come morning he claimed
he was leading a happy dog’s life,
and that he will hunger-strike until
all fish fleets use tuna-free nets.

My check book is missing and
the daily mail is stacked high
with animal rescue magazines.
I discovered a membrane condom
in his black Gucci leather wallet.
When confronted with hypocrisy
the hairy guy was so remorseful he
flooded the living room with dander.
Now he undergoes counseling, centers
himself by gently batting a New Age
crystal hung from a silver cord.

I’ve also noted a whole new attitude
toward museums and art galleries.
And he has begun dating women
more than five times his age. 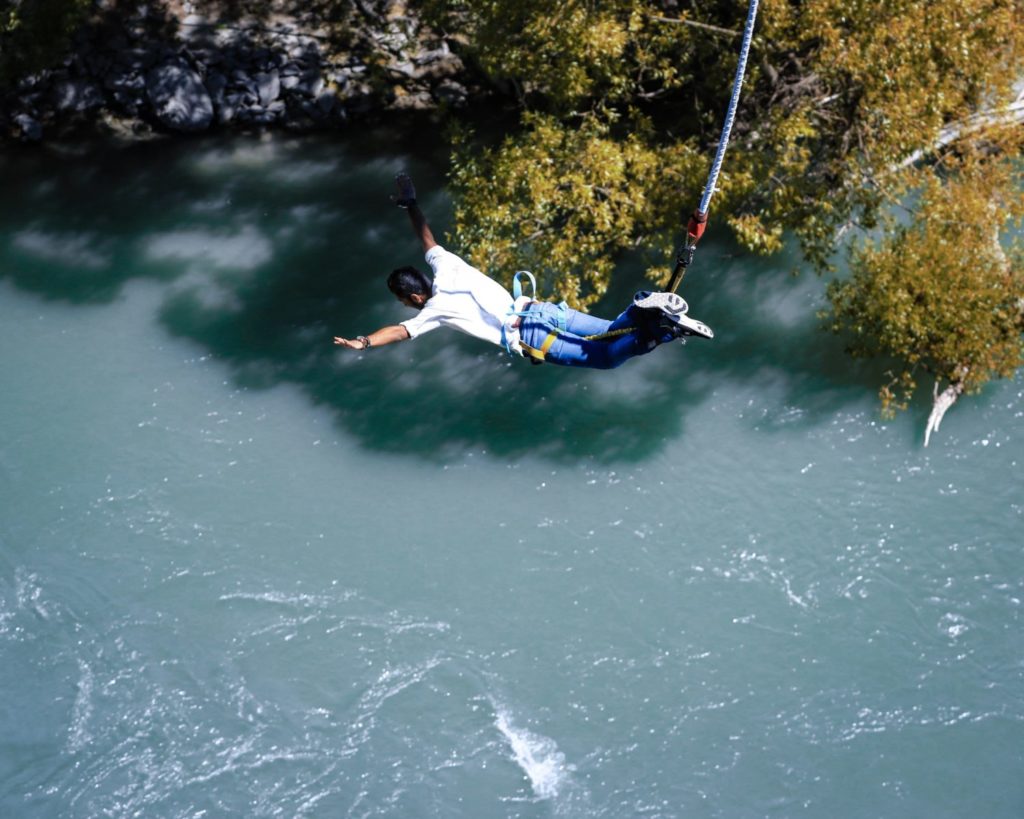 My daddy said it all: I am large,
I contain multitudes. I make tonal
shifts where the sun don’t shine.
This is your mind on words:
should-a, would-a, could-a, folks.
Shift. Become a moving target–
harder to hit. Harder to pin down
and interrogate. Shift like improv-
jazz where the moon is aglow.
To note: what shifts is more than tonal.
Possibly our concentration decides
which of two sub-particles will
enter a minuscule hole in a partition first.
Where there’s a will there’s a lay.
Conversation turned from particles
to particulars:… She’s sleeping with him!?
Wow! What’s he like in bed? Why, anything
you’ll give him. Why ask rhetorical questions
when the end is plainly in sight? There I go.
Cynthia told me that Bob had gone to the well
one too many times. And Bob responded:
Since it’s Tuesday it must be Belgium.
You know, we are all telling too much–
I admit to having had lust in my heart.
Do you have anything in particular to say
about baby batter or splitting the atom?
I mean, inseminating the ovum, over easy
with home fries on the side. I’ll take
mine black with sugar, thank you.
Obversely, I’ll be your mouthpiece, dentures,
and I’ll wag your dog, create a very serious
indiscretion or two, on your behalf.
Conversely, I need you as a soto voce
sort of nonplussed-agent of the
Collateral Damage Suppression Team.
I want to leave my mark. Like the market–
I want an all time high. Might become the guru
of tonal extreme– make a two hundred foot jump
with a three hundred foot bungee cord.

New Muses for a Posthuman Age

A Christmas Card from Charles Bukowski *